You will be pleased to hear that the Regiment has its own Hockey Team and will play against other Regiments in the Brigade.  In December nineteen members of the hockey team laced-up their skates and took to the ice against the QOR hockey team who are the current ‘B’ Division Brockville Tournament Champions.  The puck was dropped by the Honorary LCol of the QOR and our own LCol (ret’d) Dana Gidlow.  (see picture below)

The game was fast paced with action at both ends of the ice.  Within the first five minutes we scored our first goal thanks to Pte Minema.  A few minutes later, Pte Papadamou scored making it 2 – 0.  We maintained that lead until the last two minutes of the first period where Pte Papadamou scored his second goal.  All three goals were scored from close range thanks to some excellent passing from their line-mates.

We kept a 3-0 lead until the last fifteen minutes when the QOR scored their only goal from a scramble in front of our net.  It was the only time they got close as we maintained a disciplined approach and kept the slot clear for Pte Gadoury to make a number of saves.  As the clock wound-down, there was plenty of angst on the QOR bench which showed itself on the ice.  However, we maintained our composure and focused on the end-state: defeating the ‘B’ Division Brockville Tournament Champions.  We won and the game ended 3-1.   On the 4th February we played against the Lorne Scots Hockey Team.  It was our third game and we lost 3:2.  We gave this formidable team a solid contest.

The Royals Hockey Team is preparing for the upcoming Schuster-Snedden Police Memorial Hockey Tournament in April 2014.

The Royal Regiment of Canada Hockey Team will be scheduling additional games and once confirmed, dates and times will be circulated to everyone.

Association Members recently purchased jerseys which the proceeds went back into the Royals Hockey Team Fund.

It might be possible to order additional Regimental hockey jerseys.  If you are interested, please let us know 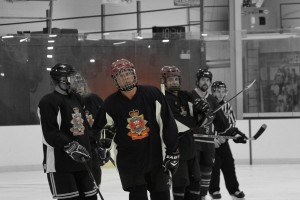 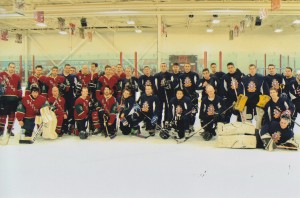 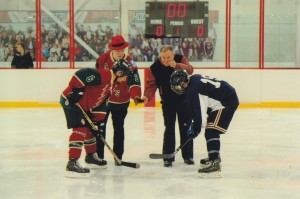 Posted by WO Hirji in the Royals Facebook Groups: